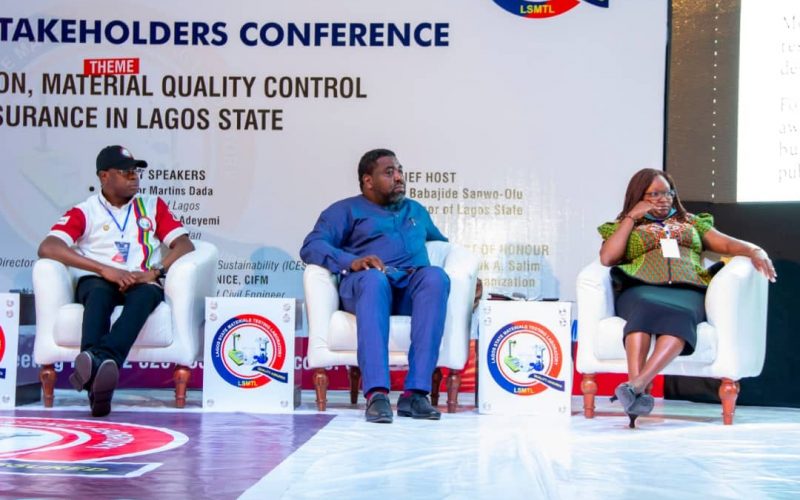 The Lagos state material testing laboratory (LSMTL) last Tuesday in its inaugural stakeholder’s conference has unveiled its new logo. The Lagos state governor, Mr Babajide Sanwo-olu, attended the conference along with other distinguished guests. Some of the guests gave speeches in the course of the program.

Professor Akinyemi Dada, in his speech, talked about the importance of material testing during construction, substandard materials and the risks involved. He hammered on the need to have the right professionals build houses and that the materials to be used should be tested properly.

Professor Adewuyi Oyediran representing Professor Gabriel Adeyemi gave his own speech about the importance of Geophysical and Geotechnical investigations for sustainable buildings. While speaking, he made use of cartoon illustrations to explain the need for appropriate measurements of materials.

Dr Sony Ali, Director, International Centre for Environmental Sustainability (ICES) spoke about the importance of material test during construction and Engr. Omolola Adetona took care of the topic on the definition of quackery, its consequences and how it can be eradicated.

Each of these speakers using their professional expertise had laid emphasis on the fact that good and appropriate materials should be put into use and that in building houses, the material testing labs should be visited to ensure that proper testing of the materials is done before it is utilized to prevent the buildings from collapsing afterwards. In addition, it would save money in the long run.

The event that took place at the Muson centre in the state had the edifice containing the new logo of the LSMTL unveiled by Engr. Kosegbe Abiola.

According to the general manager of the Lagos state material testing laboratories, Engr Olufunsho Elulade, the reason behind the unveiling of their new logo is that they had noticed that a lot of private corporations make use of that same logo thereby hijacking their prospective customers. With this, the LSMTL are hindered from carrying out their jobs effectively. Such corporations, having done that, in cases of collapse due to the inefficiency of the materials used, will not be there to bear the grunt after the damage is done.

He further stated that having changed their logo, any material testing laboratory in Lagos with the new logo can be said to be trusted and can be consulted without fear. Also, if any organization is found using the old logo, they can be easily distinguished and should be reported for sanctioning. The effect of the new logo, therefore, is for transparency and accountability.

In conclusion, after the unveiling of the new logo, in the course of the conference, a vote of thanks was rendered and everyone in attendance was wished a safe trip to their respective homes.

AN INDIAN SCHOOL OFFICIAL HAS APOLOGISED AFTER A BIZARRE SET OF IMAGES WENT VIRAL SHOWING STUDENTS WEARING CARDBOARD BOXES ON THEIR HEADS. 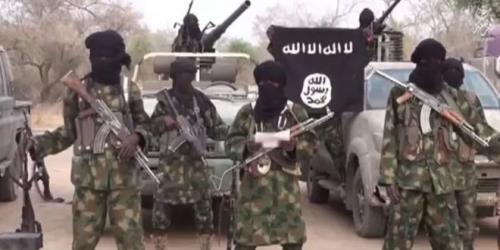 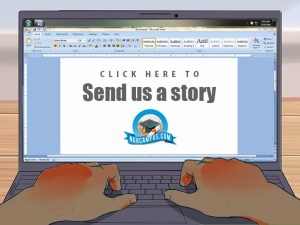